The posts by others make me also try my hand at remembering my teachers:
Sreemathi - std 1 - at Hindu Pen Paadasaalai - Vilvarayan Naththam - Cuddalore
Taught me the alphabets - made me switch from LHW to RHW and instrumental in sending me to std 2after the QE.
Jeya - std 2 - same school - Mychubbycheeks were disturbing her day in and day out - pachcharisi sotraith thinnu kozhuththup poyirukkaan paaru - was a daily remark I used to hear.
Janaki - std 2 [again? - yes, in a different school - Municipal elementary school-PuduppaaLaiyam] who believed in using the cane without any discretion but had plenty of stories to tell.
Thava Mari Ammal - std 3 - same school. Taught basic arithmetic and later on I found myself working with her son F.Kolandai Raj in Cordite Factory Aruvankadu.
Dayanidhi & Kripa nidhi - std 5[jump with change of school to "Aayira vaisiya manjappuththoor Adhaara Arambap paadassaalai at Paramakkudi - yes the same place where Kamal Hasan hails from]. My school was known by its headmaster as Nagalinga Vaththiyaar school also. Here is where I learnt yogasana.
Seetharaman std 5 [again no error - St Joseph's High School, Tiruppathiripuliyur insisted on my joining in the fifth to pick up English which I have not studied up to that time. Seetharaman was a very enthusiastic teacher who sung songs and used to share current news with his students every day. We saw a very proud man when he announced the conquest of the Everest in the class. Instrumental in getting me a scholarship which lasted upto SSLC.
Ramamurthy std 6 same school - Nothing much to be said that he used to punish students by twisting their ears.
Buvarahamurthy - std 7 Had "koththamallik kattu" for a nick name on account of his hair tied up in a neat bundle. I used to run up home and down to school with his tiffin and coffee almost every day. He sent a chit through me to Rev Fr Mariadas stating that I had submitted my homework on oneside paper - and you know what father Mariadas did! - he exempted me from submitting home work for the rest of my school days!!.
Rathnaswamy Pillai - same class - same year - had a way of teaching science in an interesting manner but was extremely short tempered and it is fortunate that my cheeks were protected due to my performance in class.
Devaraja Iyengar and Subramania Iyer - std 8 - not much to be said about these teachers except that in the next class 8D we had Srinivasa Iyengar who used to chant some Mantras to relieve students of pain and it is another story as to what Umar Younus did in his absence. Srinivasa Iyengar reminded me of Ariyakkudi Ramanuja Iyengar always.
Now to ninth standard and National High School Nagapattinam:
at 8:20 PM 1 comment: 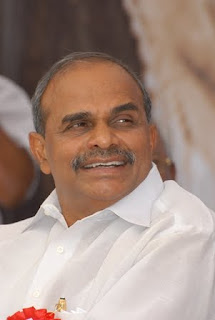 Family background: YSR's grandfather moved to Pulivendula in 1933 and bought land there. His father Y S Raja Reddy became a locally influential figure. He was murdered by rivals in 1998. Mother Jayamma served as a panchayat president for a term. Four brothers and one sister.

Work: First job as medical officer at the Church of South India Campbell Hospital, Jammalamadugu under the guidance of an aunt.

Why he came to politics: Dad Raja Reddy was a major political figure in Kadapa district. YSR nurtured political ambitions since college days. After a brief stint at a mission hospital in Jammalamadugu and setting up a 70-bed hospital in Pulivendula, he turned to full time politics.

Political inspiration: Indira Gandhi. Deeply influenced by her during her socialist phase. Impressed by her 'Garibi Hatao' slogan, nationalisation of banks and cancellation of privy purses.

First electoral experience: Ran for the Assembly from Pulivendula in 1978 at the age of 28. Trounced D Narayana Reddy of the Janata Party by 20,000 votes.

Strongest political act: Sat on a hunger strike at the MLAs' hostel when an agitation against the power tariff hike was at its peak. Going on a padayatra of drought-hit districts in the high summer of 2003 to highlight the people's plight. That yatra made him the tallest leader in the AP Congress.

How sad that a huge government machinery, employing scores of planes, copters and thousands of men fail to locate the whereabouts of the helicopter in which Andhra CM travelled! We boast of missions to the moon, nuclear capacity and many more things.  They say the search operations are several times more intense than search for mumbai terrorists. Still nothing is forthcoming, what with night vision equipment, satellite photography, aerial surveys and things like that.
It goes to prove that very simple happenings cannot be countered by man made methods.  Not that there is the hand of god in all this.  Even someone could have kidnapped the travellers in the copter, silenced the alert equipment and waiting for making the most effective calls for ransom, deals etc., after establishing the fact that technology and brute force cannot always be effective against certain things.  What a pity. Are we going to see a repeat of Kandahar, this time the concessions being extended by the party opposite to the earlier helpless beauro/auto/crats.
yraman
at 7:26 AM 5 comments:

If one raises an obvious question like his, (s)he has to justify such a record is possible.
However, I came across a school certificate showing 30 Feb 1938 as the birthdate for an EB Employee. When we asked whether we could take 1 or 2 Mar as birthdate, Govt clarified that as per rules, the month is deemed to be known and therefore date of birth should be 16 Feb.
Some people say that years divisible by 400 should have 30 days in Feb. However, that did not happen in year 2000. Though there were speculations about this, I do not remember the authority who put it to rest.
Do you know that in british times, the jathaka notes of a person were accepted as proof of date of birth?
Our custom is to celebrate Janma Nakshathrams only and not calendar dates. This is slowly on the way out.
Hindus believed that lights going out at important junctures were an inauspicious omen. But shooing candles off on the birthday cake is now considered normal procedure. Western influence!
People born on 29th Feb could celebrate their birthdays only once in 4 years. Therefore this habit of celebrating calendar birthdays would make them save some cash but forgo considerable happy moments.
at 8:11 AM 1 comment: