Think for a while!

The Buddha explains how to handle insult and maintain compassion- 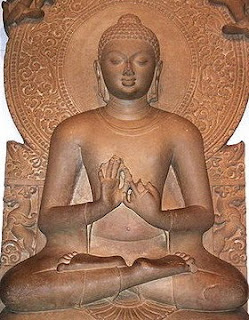 One day Buddha was walking through a village. A very angry and rude young man came up and began insulting Buddha. " You have no right to teach others" - he shouted. "You are as stupid as everyone else." "You are nothing but a fake."

Buddha was not upset by these insults. Instead he asked the young man "Tell me, if you buy a gift for someone, and that person does not take it, to whom does the gift belong?"

The man was surprised to be asked such a strange question and answered, "It would belong to me, because I bought the gift."

The Buddha smiled and said, "That is correct. And it is exactly the same with your anger. If you become angry with me and I do not get insulted, then the anger falls back on you.

You are then the only one who becomes unhappy, not me. All you have done is hurt yourself."

"If you want to stop hurting yourself, you must get rid of your anger and become loving instead. When you hate others, you yourself become unhappy. But when you love others, everyone is happy."

The Buddha explains how to move from worry.

Once Buddha was walking from one town to another town  with a few of his followers. This was in the initial days. While they were traveling, they happened to pass a lake. They stopped there and Buddha told one of his disciples, "I am thirsty. Do get me some water from that lake there."

The disciple walked up to the lake. When he reached it, he noticed that right at that moment, a bullock cart started crossing through the lake. As a result, the water became very muddy, very turbid. The disciple thought, "How can I give this muddy water to Buddha to drink!"

So he came back and told Buddha, "The water in there is very muddy. I don't think it is fit to drink." After about half an hour, again Buddha asked the same  disciple to go back to the lake and get him some water to drink. The disciple obediently went back to the lake.

This time too he found that the lake was muddy. He returned and informed Buddha about the same. After sometime, again Buddha asked the same disciple to go back.

The disciple reached the lake to find the lake absolutely clean and clear with pure water in it. The mud had settled down and the water above it looked fit for drinking. So he collected some water in a pot and brought it to Buddha.

Buddha looked at the water, and then he looked up at the disciple and said," See what you did to make the water clean. You let it be.... and the mud settled down on its own - and you got clear water.

Your mind is also like that! When it is disturbed, just let it be. Give it a little time. It will settle down on its own. You don't have to put in any effort to calm it down. It will happen. It is effortless."

What did Buddha emphasize here? He said, "It is effortless." Having 'Peace of Mind' is not a strenuous job; it is  an effortless process! 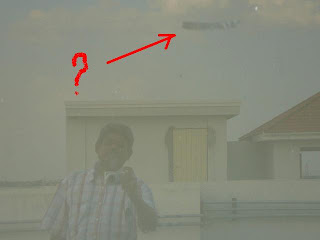 What is the object which you see in the sky?
send your answers to
engalblog@gmail.com
K.S
at 4:51 PM 2 comments:

The show cause notice issued to
sub editor of 'Kasu Sobhana' blogspot has been
withdrawn.
For details, visit
http://kggouthaman.blogspot.com
and see the top post and comments.
Kasu Sobhana.
at 3:22 PM No comments: